Speak to our travel experts. They have spent a lot of time exploring our destinations. Their first-hand knowledge is the basis for organizing your perfect trip.

Arrive in Rome and check in to the hotel. Participate at the annual torchlight march from the Trastevere to the Old Ghetto area to remember the more than a thousand Roman Jews deported to Auschwitz on October 16, 1943. Welcome dinner at a local restaurant.

We begin the day with a tour of the Jewish Ghetto, where the rich history of the Jews of Rome truly comes to life. Visit Rome’s oldest synagogue and the newly expanded Jewish museum. Meet Community Leader Manlio Dell’ariccia to learn more about Jewish life in Rome today. In the afternoon visit the Jewish catacombs in Vigna Randanini. Enjoy a free evening.

Begin our tour at Constantine’s Arch, erected by Emperor Constantine to commemorate his victory over Maxentius in the epic Battle of Milvian Bridge. Afterwards, tour the Colosseum where Jews were among the gladiators who fought in the great arena. End the day with a visit to the Forum, Rome’s ancient hub of commerce, business and public affairs with a focus on relations between the Roman emperors and the Jewish population. Free evening.

In the morning visit Vatican City. Since its construction, the monumental Vatican City has offered a unique insight into the relationship between Catholicism and Judaism. Visit Michelangelo’s breathtaking Sistine Chapel, which was partially inspired by his connection to the local Jewish community. Stroll under Bernini’s famous colonnade in St. Peter’s Square and visit St. Peter’s Basilica with Michelangelo’s gracious Pietá, one of the most compelling statues in western art. Take a guided tour of the Vatican museums that illuminate the beauty and mystery of the artwork of the great renaissance masters. In the afternoon visit quintessentially Roman sites including the Trevi Fountain, The Pantheon and The Spanish Steps, and enjoy a cappuccino at a Piazza Navona café. Kabbalat shabbat at Tempio Ebraico followed by Shabbat dinner.

Transfer to Ostia Antica for a guided visit to the archaeological zone, including the ancient synagogue. Ostia Antica is a large archaeological site that was the harbor city for ancient Rome. At the mouth of the Tiber river, Ostia was Rome’s seaport, but due to silting the site now lies two miles from the sea. The site is noted for the excellent preservation of its ancient buildings, magnificent frescoes and impressive mosaics.

This afternoon is at leisure for you to enjoy the city independently. At night, attend a concert of opera arias.

Drive to Florence, stopping en route in Pitigliano, a village that was first settled by Jews in 1579 after the Jewish expulsion from the Papal States. Tour the ghetto and synagogue and enjoy lunch in this picturesque village, known as “Little Jerusalem” in the 17th and 18th centuries for its sizeable Jewish population and spectacular views. Over the years most of the Jews of Pitigliano left the village for the larger Jewish centres in Rome, Florence, Turin and Milan and today, only few Jews live in Pitigliano, but  the synagogue still stands as a testament to what was once a beautiful and vibrant centre of Jewish life in Italy. Continue to Florence and, upon arrival, participate in a cooking class and enjoy a traditional Tuscan dinner.

Dedicate the full day to exploring the center of Jewish life in Tuscany dating back to the 13th Century. Visit the Tempio Israelitico and Museo Ebraico, testaments to the great cultural exchange between Hebrew scholars and Christian Humanists that took place in Florence under the early Medici. Learn about the periods of calm and prosperity as well as the eras of insecurity and struggle for the Jewish community. In the afternoon we’ll walk over Ponte Vecchio Bridge, home to the region’s acclaimed goldsmiths and continue exploring the historical and spiritual roots of the Renaissance in Florence, including the Cathedral of St. Maria del Fiore, Piazza Signoria with its monuments of David, Neptune and Hercules, and the famed Uffizi Gallery. In the evening enjoy dinner independently.

Visit the church of Santa Croce, where Michelangelo, Galileo, Machiavelli and other historic greats are buried. Enjoy the rest of the day at leisure and in the late afternoon travel by train toward Venice. Arrive Mestre, check-in to the hotel and enjoy dinner.

Today we experience the magic and romance of Venice a city truly like no other. Take the vaporetto from Mestre to central Venice to explore the rich and diverse Jewish history of the city, including the influences of Levantine Jews, Jewish merchants from the Ottoman Empire and Sephardic Jews exiled from Spain and Portugal. Explore the remains of the numerous synagogues or “scola” that once stood in the world’s first ghetto dating back to 1516 and visit the synagogue and Jewish museum. In the afternoon visit the Jewish cemetery.

Take the vaporetto back to Venice to visit the Basilica di San Marco and Palazzo Ducale. After lunch enjoy a traditional gondola ride. Enjoy free time to further explore the winding streets of Venice on your own. Regroup in the evening to conclude our wonderful journey over dinner.

After breakfast check out of the hotel and transfer on your own to the airport.

US$5,985 per person based on double occupancy
Single supplement US$795

Extension price: US$1,085 per person based on double occupancy
Single Supplement: US$245

Depart from Canada on overnight flight to Italy.

Arrive in Rome. Check in to the hotel and enjoy dinner together.

Drive south, stopping to visit Monte Casino. The Montecasino Abbey was originally founded by Saint Benedict in 529, making it one of Europe’s oldest monasteries. As was common in the early days of Christianity, the abbey was built over a pagan site, in this case on the ruins of a Roman temple to Apollo. The monastery became known as a center of culture, art, and learning. During World War II, Allied armies invaded from the south and attempted to push northward and force the Germans out of Italy.

Due to its high vantage point, Monte Casino was mistakenly believed to be a strategic hideout for German troops. As part of a protracted, months-long battle, in February 1944, the monastery was bombarded by Allied planes and destroyed. It was only afterward that Allies realized the monastery had been used as a refuge for civilians, many of whom were killed during the bombings. The Battle of Montecasino was a turning point in the war, but at an incredibly high cost-in addition to the loss of the abbey itself, more than 55,000 Allied troops and more than 20,000 German troops lost their lives.

Although the destruction of Montecasino Abbey remains a tragic loss to cultural heritage, most of its artifacts, including priceless illuminated manuscripts, had been moved to the Vatican in Rome for safekeeping during the war. The abbey was carefully reconstructed following the original plan and its treasures restored. It was reopened by Pope Paul VI in 1964.

Continue driving south to Naples. Naples is situated on Italy’s southwest coast; with 18th-century palazzos, castles and churches. At one time Naples was the capital of southern Italy, where the ancient Greeks settled. Throughout the centuries many different populations settled in Naples making it a mishmash of architectural styles, full of traditions that Neapolitans still live by. Most importantly, Naples is the city where PIZZA was born! After a traditional Pizza Napolitana lunch visit Piazza Dante in central Naples and begin winding through the fascinating maze of narrow streets, intriguing churches, historic monuments and art galleries. Admire the classical architecture en route to Spaccanapoi, Naples’ historic main street. Stop at the Piazza del Gesù and walk the dynamic streets of San Gregoria Armeno with its artists’ shops. Check in to the hotel and enjoy a free evening.

Discover the most beautiful parts of this ancient city preserved as it was two thousand years ago, when it was buried by the ash of Mt. Vesuvius in 79 AD. Visit the western part of the town, where the most important public buildings, homes and shops were located. Also explore the highlights of the ruins of Pompeii including the Marina Gate, the basilica, the forum, the baths, the lupanar (brothel), the bakery, the House of Faun, the termopolium, the main street, the plaster casts of the dead, and the theatres. In the afternoon drive back to Rome to start the main trip. Overnight: Hotel Hive Rome.

Ariel Goldstein is the CEO of TIYUL. Ariel studied tourism at Hebrew University in Jerusalem and has been leading tours throughout Israel, Europe, the Persian Gulf, Latin America, Africa, India, China and US for 20 years. He speaks Spanish, English, Hebrew and Portuguese. 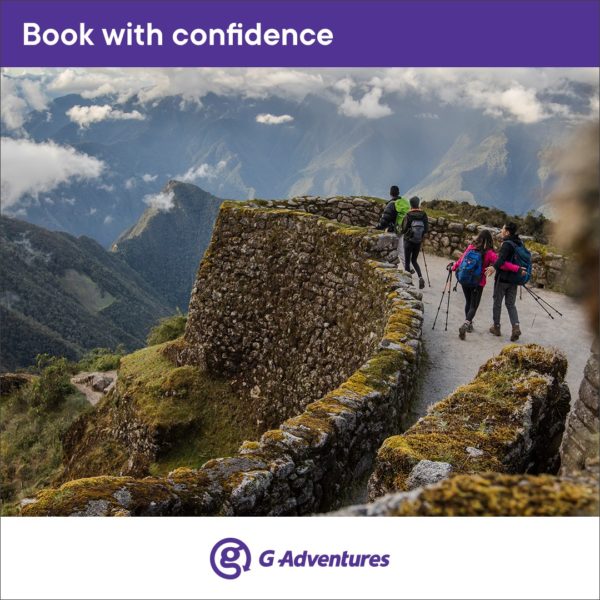 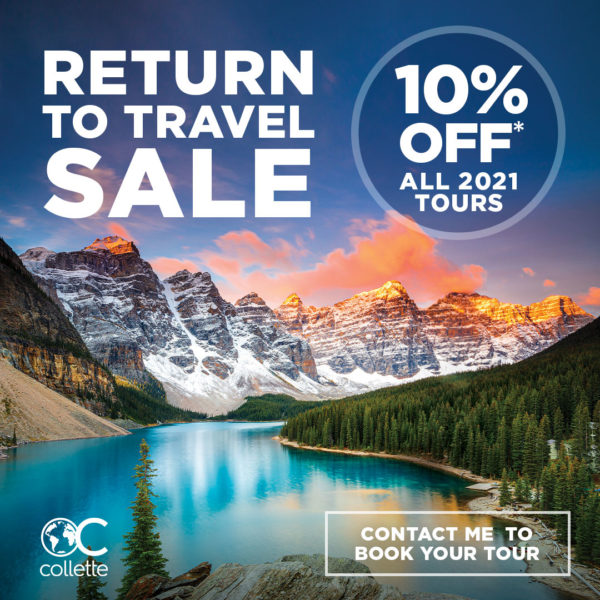 Talk of the Town Travel is proud to plant trees with Tree Canada to help compensate for the carbon emissions of its clients and leave a growing legacy for a greener and healthier tomorrow.